Tourism & Transport Forum Australia (TTF), originally the Tourism Task Force, was established as a not-for-profit company in 1989 to provide a strong voice for the tourism and aviation sectors in the wake of Australia’s devastating pilots’ strike that year, and to address a number of major issues impacting the industry at that time including a reduction of the Australian Tourist Commission budget, the investment malaise affecting hotel ownership and the political inertia governing the development of Sydney Airport’s third runway.

Under the chairmanship of former federal Tourism Minister, the Hon John Brown AO, and with the support of TTF’s first CEO Susan Hunt, TTF immediately bolstered the industry’s fortunes by securing funding of $23 million from the Hawke government for a campaign to boost domestic tourism after the pilots’ strike. Over the following years, TTF built on its early successes and secured its position as the country’s peak advocacy group for the tourism, aviation, transport and investment sectors.

In 2002, John Brown retired from TTF and was succeeded by Australia’s most distinguished business leader in airline and travel distribution, Leslie Cassar AM. TTF’s charter was expanded to better embrace aviation and transport. The following year, TTF rebranded and became the Tourism & Transport Forum Australia to reflect this new direction.

Former NSW Minister for Tourism & Roads, Transport and the Sydney Olympics Bid, the Hon Bruce Baird AM, took over the chairmanship between 2008 and 2014. Mr Baird was succeeded by Katie Lahey AM. In 2018 the former Managing Director of Tourism Australia Andrew McEvoy was appointed Chairman and he concluded the role in February 2020.

From March 2020, the Hon Bruce Baird AM has returned to TTF as Acting Chairman. 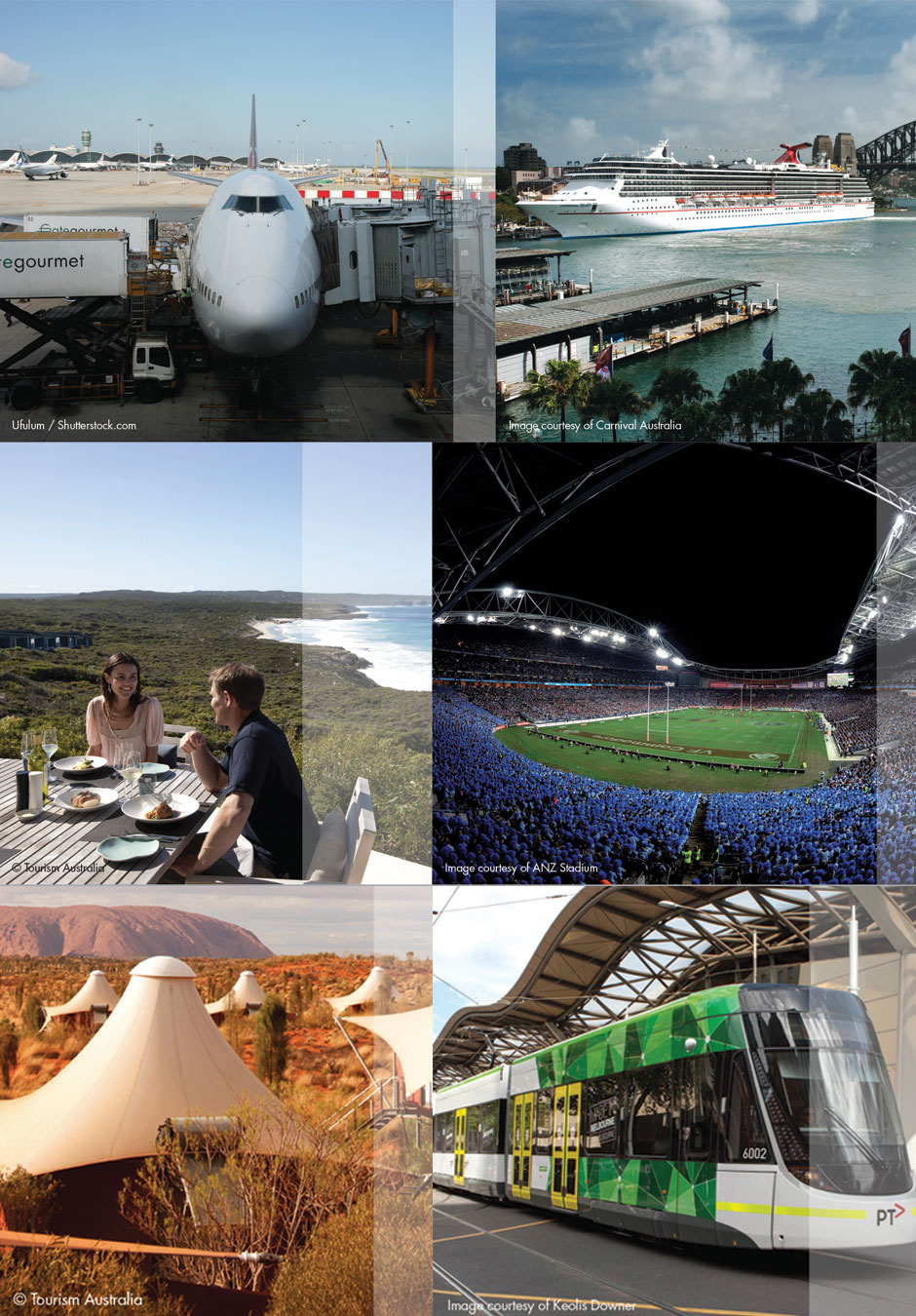 TO BE THE LEADING VOICE
OF THE FUTURE ECONOMY

Tourism employs almost
1 million people.
The transport industry contributes more than
$61 billion in economic value-added.
Australia’s tourism industry is forecast to attract around $1.3 trillion
in visitor spending over the next decade.
216,000 new pilots will be needed in the Asia-Pacific in the next 20 years
– the most of any region in the world.
Page load link
Go to Top