The Federal Government is set to reap more than $1 billion through its holiday tax on Australians traveling overseas to popular destinations like Bali and New Zealand and international visitors coming to our shores over the next financial year said the Tourism & Transport Forum Australia. (TTF)

The Government currently applies a $55 Passenger Movement Charge – or holiday tax – on every Australian and international visitor departing the country on an aeroplane or cruise ship. This tax is anticipated to raise more than $1 billion for the first time in 2016-17 (see graph).

The Charge was introduced in 1995 to cover the cost of border and security facilitation at international gateways but has since dramatically increased to four times the $247 million it costs to provide these services. 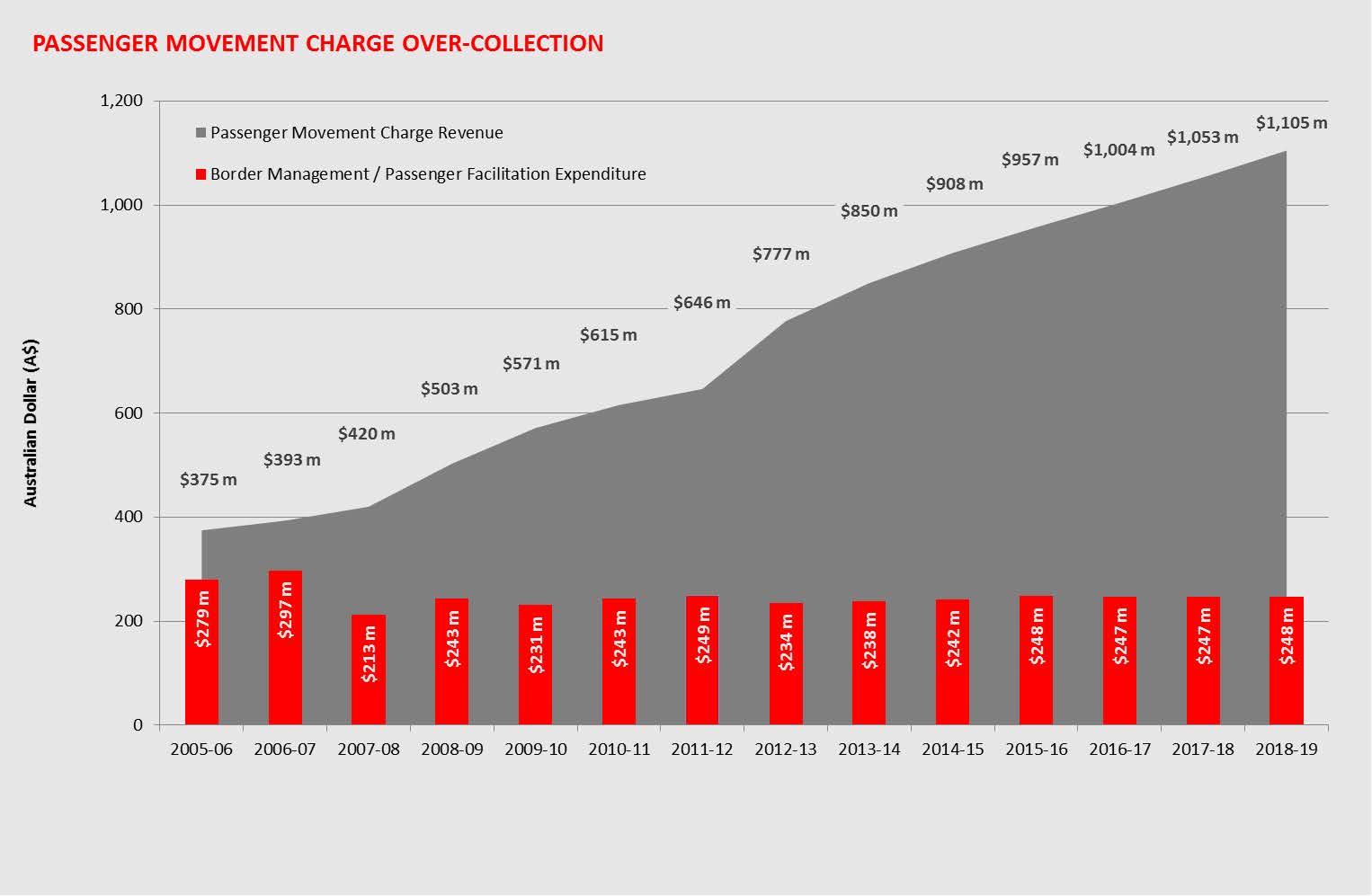 “The $55 Passenger Movement Charge has now morphed into a $1 billion holiday tax on Australians and international visitors leaving the country that grossly outstrips the $247 million cost of processing passengers at the border,” said Margy Osmond, TTF CEO.

“With more than 9.4 million Australians travelling overseas in the past year, the holiday tax has become a cash grab that goes straight into the Federal Government’s coffers.

“If you purchase a $300 one way ticket from Sydney to Bali, $55 of that is now going to the Federal Government through its holiday tax. A lot of travellers would be questioning what they are getting for their hard earned money.

“To make matters worse we are also slugging the 7.4 million international visitors that are choosing Australia to visit, who can easily chose another destination anywhere in the world, with this holiday tax.

“We should be growing our international visitations by cutting the cost of travel not increasing it. We had over one million Chinese visitors spending $7.7 billion in the past 12 months – that is not something we should be jeopardising with holiday taxes.

“The Federal Government should be using the upcoming Federal Budget to confirm that it will maintain a freeze on any increase in the holiday tax and outline its plan to reduce the cost of this tax on travellers.

“There is only one direction in which the holiday tax should be headed and that is down.”