The Atlas, released today to mark the premier gathering of tourism, transport and aviation leaders at the TTF Leadership Summit in Parliament House Canberra, provides a comprehensive breakdown by Australia’s 150 Federal electorates of the number of jobs and businesses directly supported by the tourism industry across the country.

“The TTF National Tourism Business Count & Employment Atlas is a timely reminder for our political leaders debating the backpacker tax and the holiday tax hike that the visitor economy permeates every corner of the country – from our metropolitan cities and coastal communities to regional and rural towns in the heart of the nation,” said Margy Osmond, TTF CEO.

“According to the latest figures, Australia is attracting more than 8 million overseas visitors and Australians have taken over 89 million domestic tourist trips in the 12 months to June 2016 – generating $116.7 billion in expenditure and growing.

“International and domestic tourists spend $319 million a day in the visitor economy and that in turn supports nearly one million jobs –  580,700 direct jobs and a further 341,400 indirect jobs.

“Victoria (4), Western Australia (3) and the ACT (2) have several electorates in the top 20 electorates for concentration of tourism jobs.

“NSW is home to the most tourism jobs – 172,000 – spread across its 47 Federal electorates with the Sydney electorate which takes in the city’s iconic Harbour Bridge and Opera House supporting 6,122 tourism jobs.

“The inner metropolitan electorates of Melbourne, Melbourne Ports, Brisbane and Sydney are solidly in the top 10 Federal Electorates showing that our major cities are natural drawcards for millions of visitors.

“Every MP in the Federal Parliament represents communities with an average of 3,870 tourism jobs. That means that policies like the backpacker tax and increasing the holiday tax – the Passenger Movement Charge – has a real impact on the voters in their electorates and the potential to create more tourism jobs.

“Both of these anti-tourism measures are currently before the House and the Senate and need a compromise that provides certainty for tourism operators who rely on backpackers to fill roles while rejecting the increase in the holiday tax that makes travel to Australia less competitive.

“Tourism is well positioned to be a super-growth sector for the Australian economy but we risk undermining its future with bad policies that increase the fees and charges on travel to Australia.

“As the Atlas shows, tourism is a labour-intensive service industry that has the potential to create thousands of more jobs over the coming decade if our political leaders work with industry to develop a positive economic strategy for the sector.” 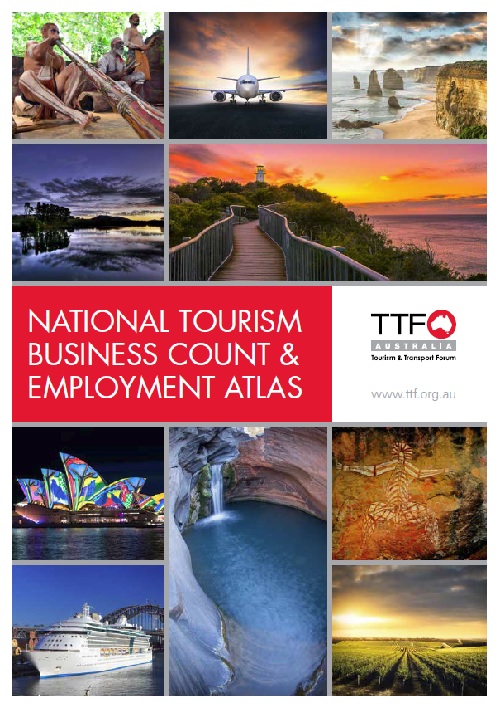