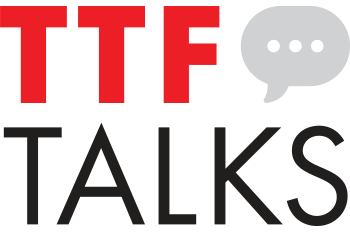 During this challenging time, TTF Talks brings together leaders in our community, to share thoughts around business survival, adaptation and the road to recovery in a series of 15 minute fireside conversations with TTF CEO Margy Osmond.

We hope you enjoy listening to TTF Talks at your leisure. 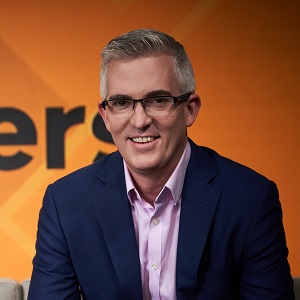 David Speers is the host of Insiders on ABC TV and a regular political commentator and contributor across the network. David was previously Political Editor of Sky News Australia for 19 years, based in the Press Gallery at Parliament House. He has anchored dozens of state and federal election broadcasts and leaders’ debates during that period. David has won three Walkley Awards, a Logie Award and a Kennedy Award for Political Reporting. He served for three years as President of the Press Gallery and 12 years on the board of the National Press Club. 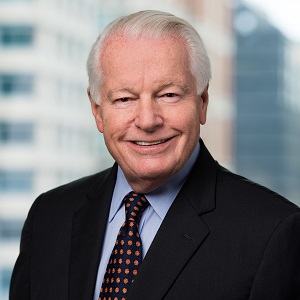 Roger Dow is president and CEO of the U.S. Travel Association, the Washington, D.C.-based organization representing all segments of travel in America—an industry that generates $2.4 trillion in economic output and supports 15.6 million jobs. Dow regularly meets with executive branch and congressional leaders to discuss industry priorities, and his efforts have resulted in major legislative victories. He was instrumental in establishing Brand USA, the highly effective national travel and tourism promotion program.

Beyond U.S. Travel’s role as chief travel industry advocate in Washington, the association under Dow’s leadership provides essential research, including analysis of travel’s significant economic impact and products such as the monthly Travel Trends Index.

Additionally, Dow and U.S. Travel are leaders of the Meetings Mean Business Coalition, which promotes and defends the value of face-to-face business meetings, trade shows, conferences and conventions.

For his work to unify the travel industry and increase its effectiveness on Capitol Hill, Dow has received multiple honors, including the 2018 MPI Industry Leader Award, Successful Meetings’ Most Influential People, and the 2008 TRENDS Association Executive of the Year.

Prior to joining U.S. Travel in 2005, Dow advanced through the ranks at Marriott International in a tenure spanning 34 years, where he rose to senior vice president of global and field sales. He has held seats on the boards of ASAE, ASAE Foundation, PCMA, MPI Foundation, GWSAE, the Travel Institute, RE/MAX International and the U.S. Chamber of Commerce Committee of 100.

Dow served in the U.S. Army with the 101st Airborne Division in Vietnam, where he received the Bronze Star and other citations. He earned a Bachelor of Science degree from Seton Hall University. 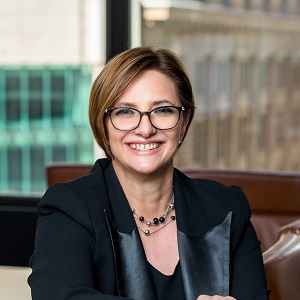 Leanne Harwood is IHG’s Managing Director, Australasia & Japan, responsible for the operations, growth and performance of more than 85 hotels. She is an unapologetically colourful Kiwi, renowned throughout the hospitality industry for her vision, energy and ‘fierce’ conversations – not to mention her powerful laugh. Leanne has more than 20 years’ experience in the hospitality industry with over a decade at IHG, living in Australia, New Zealand, Vietnam and French Polynesia along the way. She is a relentless globetrotter, avid reader and wannabe wine connoisseur. 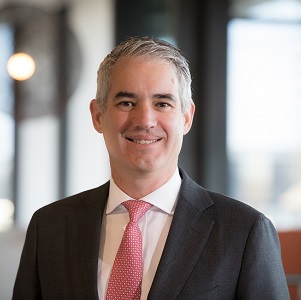 Adrian Littlewood joined Auckland Airport in 2009 and has been the Chief Executive since 2012.  Prior to his appointment as Chief Executive, Adrian was the company’s General Manager of Retail and Commercial.  Earlier in his professional career, Adrian worked in strategy, product and marketing management roles at Telecom New Zealand, was a management consultant in the United Kingdom and worked as a corporate lawyer for Bell Gully in New Zealand and Baker & McKenzie in the United Kingdom.

Adrian is currently the New Zealand Chair of the Australia New Zealand Leadership Forum, focusing on bilateral policy development that enhances business and trade between the two countries. Adrian is also a member of the Executive Committee of the New Zealand Airports Association and is a former Director of North Queensland Airports Limited in Australia.

Adrian holds a BA/LLB from University of Auckland and he attended the 2012 Stanford Executive Programme at Stanford University. 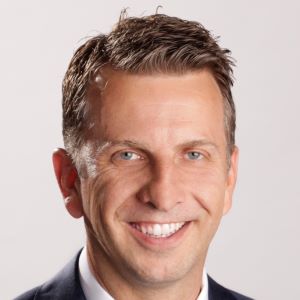 Andrew Constance has served as the Member for Bega in the New South Wales Parliament since 2003.

He was sworn in as Minister for Transport and Infrastructure in the Baird Government in 2015. In March 2019 Premier Gladys Berejiklian expanded his portfolio to include Transport and Roads. Andrew was also named Leader of the House.

The New South Wales’ transport and infrastructure revolution is well underway with the opening of mega projects such as the Sydney CBD and South East Light Rail, the new M4 Tunnels and the driverless Northwest Metro train in 2019.

Other game-changing  projects,  including  the  opening  of  the  new  major  motorwaysknown as Northconnex and Westconnex, are just around the corner.

Progress  is  well  underway  on  the  next  stage  of  the  driverless  Metro train through Sydney’s CBD and South West, which will include the first rail tunnel under Sydney Harbour.

Transport of the future is a key interest of Andrew’s and he is excited about combining technology, innovation and transport. He believes customer experience should be at the centre of all transport, and overseeing both Roads and Transport portfolios means he  has  an  unprecedented  opportunity  to  design  and  build  an  integrated  network  of  roads and public transport.

This, combined with evolving transport technologies including contactless payments, autonomous and electric vehicles and on-demand transport will provide more reliable, comfortable and efficient options for customers now and into the future. 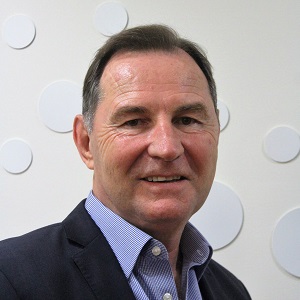 Grant Hunt is one of Australia’s leading exponents of Nature Based Tourism. He has proven himself to be an innovator and creative thinker when it comes to new product and experience development.

Grant was made a Member of the Order of Australia on Australia Day 2020 and has been honoured with several industry awards over the years including the Outstanding Contribution by an Individual at the Australian Tourism Awards for 2011.

He has pioneered best practice in Sustainable Tourism and Travel and has been a leading advocate of environmental and cultural initiatives across the country, producing the industry’s first ever report card on social & environmental performance for the business he was leading.

Grant has been CEO and MD of Voyages Indigenous Tourism Australia since 2018. He also led the company as Voyages Hotels and Resorts from 1996 to 2006.

He has been responsible for the concept and creation of landmark tourism developments such as Longitude 131 at Uluru, Wildman Wilderness Lodge in Top End, NT, and Ikara Safari Camp in the Flinders Ranges National Park, S.A. As an advisor to industry, he has worked on iconic projects such as qualia on Hamilton Island and Sanctuary by Sirromet in SE Queensland, as well as serving as lead advisor on the design and creation of several ‘Great Walks’ for National Park Agencies throughout Australia.

He is an experienced board director and Chairman with strong governance and risk management skills, having chaired both Tourism Tasmania and Tourism NT as well as the Commonwealth’s Icon Sites Task Force. He has served on the board of Tourism Australia and is currently a Director of both Discovery Holiday Parks (G’Day Group) and Voyages Indigenous Tourism Australia.

Grant has had senior level advocacy and industry representational experience including collaborative working relationships with business and Government at ministerial and senior management levels, as well as extensive stakeholder, issues management and communications experience.

He has played strong leadership roles in crisis management and natural disaster situations throughout his career. 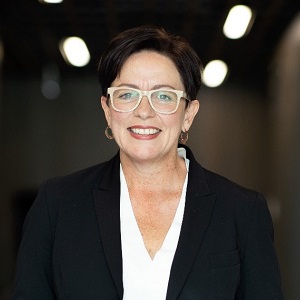 Rae Cooper is Professor of Gender, Work and Employment Relations, co-Director of the Women Work and Leadership Research Group at the University of Sydney Business School. Rae undertakes research on many aspects of the world of work and has a keen interest in the career experience of working women and on the construction of flexible careers.

At present, she is working on two large projects, one on young women’s experiences at work and how this links to their hopes and fears for their future careers and a second on women’s careers working in male-dominated occupations and professions. Rae is an experienced non-executive director and regularly advises government and business across policy areas relevant to her research. She enjoys engaging with government, business, unions and community organisations about workplace research and is known for her ability to translate academic findings for practitioner audiences. Recently she has worked in partnership with organisations as diverse as the AICD, the Australian Human Rights Commission and the ACTU. 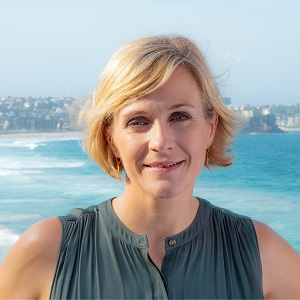 Zali Steggall OAM is the Independent Federal Member for the seat of Warringah in Sydney’s North.  She is also Australia’s most successful alpine skier, winning a bronze medal in slalom at the 1998 Winter Olympics in Nagano, and a World Championship gold medal in 1999.

From 2008, Zali was a practising Barrister, specialising in commercial law, sports law and family law. In 2019, Zali contested the Federal Parliamentary Seat of Warringah as an Independent Candidate. The seat had been held for nearly 25 years by former Prime Minister The Hon. Tony Abbott. On 18 May, Zali won the seat with a two candidate preferred vote of 57.24%. 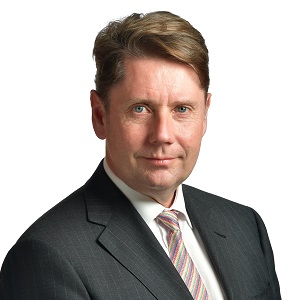 Prior to his appointment as Chief Executive Officer in April 2014, Matt held the position of Chief Financial Officer and Executive Director of the company.Until June 2011, Echo Entertainment Group was part of Tabcorp Holdings, Australia’s premier diversified gambling company. In November 2015, the company changed its name to The Star Entertainment Group.

Matt joined Tabcorp in early 2006 as Chief Financial Officer after holding various roles with McKinsey and Company for 14 years, where he focused on building a substantial practice in both post-merger management and financial services, working across four continents.

Mr Bekier holds a degree in Economics and Commerce as well as a PhD in Finance from St Gallen University in Switzerland. He is an honorary adjunct professor at Macquarie University. 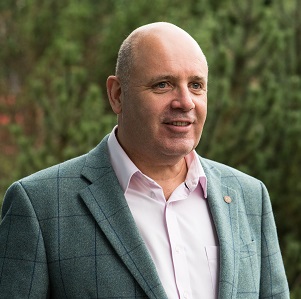 Marc Crothall, who is 57 years young has spent all 40 years of his working life in tourism, leisure and hospitality industry. Prior to taking up his current, he held many front-line senior management and executive positions across various sectors of the tourism, hospitality and leisure industry indifferent parts of the world including posts in South Africa, France, the Channel Islands, London, the Highlands of Scotland and in his home city of Glasgow.

Marc was appointed into his current role as  Chief Executive Officer of The Scottish Tourism Alliance (STA)in June 2012 and during this time has led the organisation to becoming one of the strongest representative trade bodies in the country. He was awarded the “Fellowship” by the Scottish Hotel industry for his outstanding contribution to the industry.

Marc recently chaired the national Strategy Steering Group that was charged with developing and overseeing Scotland’s future tourism strategy Scotland Outlook 2030which was launched at the beginning of March by Scotland’s First Minister Nicola Sturgeon. His focus for the past 8 weeks since the launch is 100% on theCovid19 agenda where he is lead industry representative on the Scottish Tourism Emergency Response Group(STERG). As well as working with STERG he also spends much of his time working closely with senior ministers in both Scottish & UK governments to secure and bring forward a package of support for all business and those who work directly with the sector to see them through to the other side.

He also chairs the National Food Tourism Leadership Board is Scotland’s representative on the UK Tourism Industry Council and is a board member of Interface and Springboard (Scotland) Marc is married with 5 children 30yrs-12yrs, lives in Glasgow and is passionate about all things Scottish especially the food and drink! 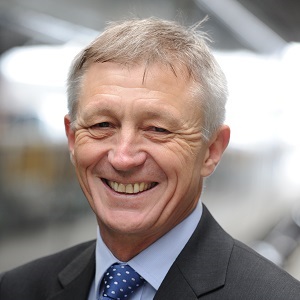 David has more than 45 years’ experience in the public transport sector. He has held numerous senior executive roles in the UK, Sweden and Ireland, including CEO of National Express UK operations where he was responsible for all train, tram, coach and bus operations for the Group in 2009 – 2010.

David worked for Keolis UK from 2011 to 2013 leading the Keolis/SNCF bid for the UK’s West Coast InterCity franchise and was Non-Executive Director of Nottingham Express Transit.

More recently David was CEO of the national rail operator in the Republic of Ireland, and a Non–Executive Director of the Office of Rail and Road, the UK’s Regulator.